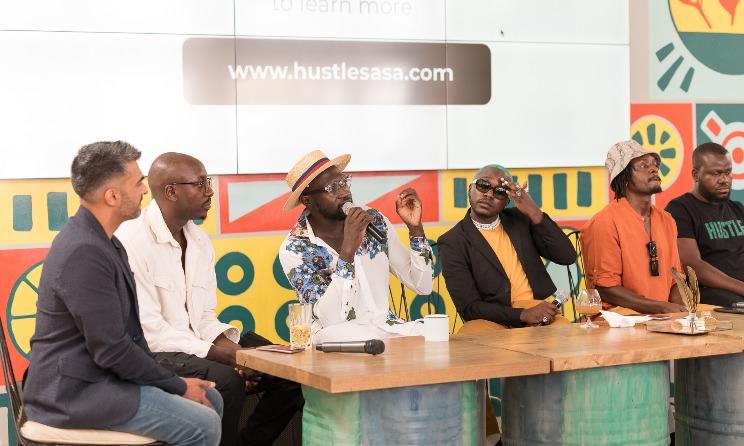 The app, launched in partnership with Hustle, was co-founded by the pop group and aims to benefit and empower Kenyan creatives and 100 000 creatives across Africa by 2025.

Hustle Sasa comes amid the COVID-19 pandemic and its restrictions on live performances, which have negatively impacted the livelihoods of musicians who rely on the sector.

The software was created to be a single centre for creatives to run their businesses, including opening shops, adding real and digital items, tracking orders, and collecting payments, according to the creators. It allows musicians to sell directly to their fans, control their sales on demand, and receive immediate payment. Users may immediately start earning from their followers by sharing their unique store link with their audiences on social and messaging channels.

The platform is currently being used by musicians such as Sauti Sol, H_art The Band, Harry Kimani, Yaba and Sylvia Ssaru, among others, Music In Africa reports. It is also being employed by several digital artists, chefs, fashion designers and beauty brands.

“We’re building mobile-first tools to empower creators to grow their business, build relationships with their fans, and manage their finances,” Hustle Sasa co-founder and chief marketing officer Rizz Jiwani said. “We’re excited that Sauti Sol has joined our team. Their success as artists and passion for the creative industry aligns perfectly with our mission. We want it to be a creative’s best friend that can cater to all of their business needs,” Sauti Sol member Bien said. “This is the future and we’re excited to take this journey together.”

Sauti Sol member Savara said: “Hustle enables every creative to build an independent business with no setup costs and no monthly fees. We want to make it easy for creators to build a business around their passions.”

According to Music In Africa, the creative economy in Kenya is a key contributor to economic growth and employment, accounting for more than 5% of Kenya’s gross domestic product (GDP). This sector includes music, books, performing arts, film, fashion and software industries, among others.

Sauti Sol is among the most successful acts in Africa. Having toured across Africa, the US, Europe and Australia, the chart-topping band has received the recognition and respect of both their fans and the industry, winning international awards including the MTV EMA for Best African Act and the MTV Africa Award for Best African Group.

Continue Reading
You may also like...
Related Topics:Featured, Sauti Sol