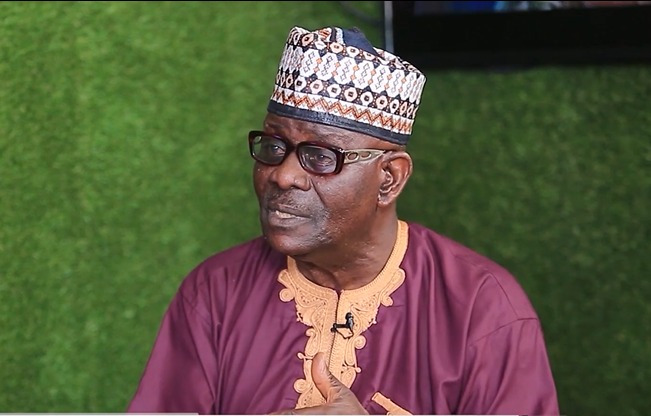 Alhaji Sidiku Buari, one-time President of the Musicians Union of Ghana (MUSIGA), was one of the recipients of awards during last Saturday’s Tribute Concert awards night at the Fantasy Dome, Trade Fair, Accra. 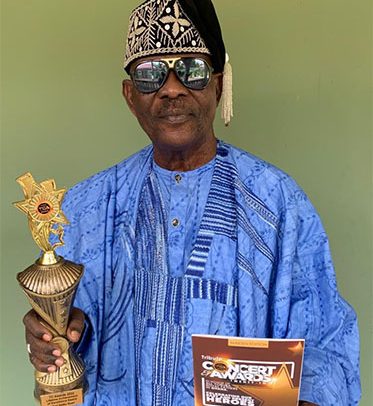 Shortly after receiving his award, the man who has etched his name in the roll-call of Ghanaians said “being recognised is a good gesture because it encourages the younger generation to appreciate the fact that service to God and country is important.”

“We should all contribute our quota towards the development of the nation,” he said, adding “whatever work we do let us do it so well and with all our heart.”

He congratulated the organisers of the programme and encouraged them to work towards a better one in future.

He was particularly thrilled by the display of culture at the function, saying “losing grip of one’s culture is not a good sign, and so when during such social functions we display this, the organisers should be encouraged.”

For those who are conversant with the exploits of Alhaji Sidiku Buari, they would easily recall the Olympic medals he won for Ghana in track and field sports.

As a musician and even heading MUSIGA, he left an indelible mark. He is indeed a man of many parts. He is now a businessman.

Sid Theatre at Dzorwulu in Accra is one of the leading properties in the nation’s capital.

The awards programme was organised to honour Ghanaians of Yoruba descent in the country, and it covered personalities from across the country.

Continue Reading
You may also like...
Related Topics:Featured, Sadiku