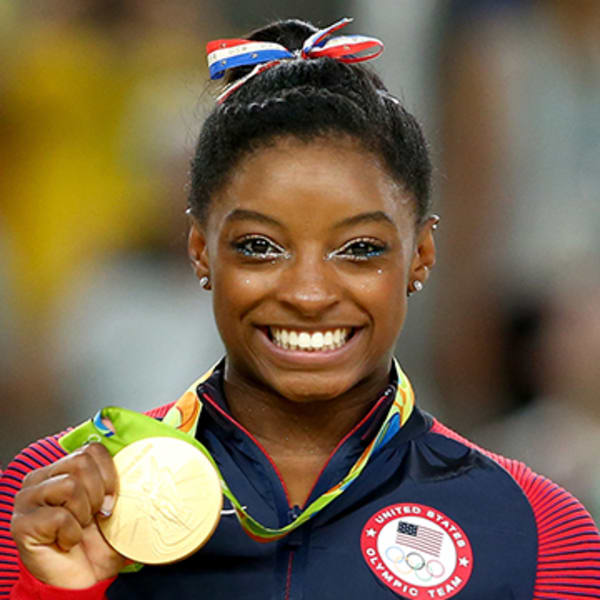 Simone Biles becomes the first woman to win 7 U.S. all-around titles. She now has more titles than any woman in U.S. history. Biles has not lost in the all-around competition in eight years.

The 4 foot 8 record-breaker is a 4-time Olympic gold medalist and has won every all-around championship she has competed in since 2013. With over 30 combined Olympic and World Champion medals, Biles is easily ranked as one of the most dominant gymnasts of the last 50 years.

Simone Biles has been defying the laws of physics since the 2019 US Gymnastics championships. If you don’t remember it was her epic triple-double. A perfect three twists inside of two backflips that made history earning her a Gold medal. Now history is repeating itself with Biles nailing the Yurchenko double pike. Basically, a roundoff entry with a half twist onto the table, followed by a laid-out somersault with two additional twists.

Black astronaut Victor Glover said, he can relate but didn’t come close to the ease that Biles displayed in the gym.

She’s a Texas native with dual citizenship in Belize, who not only receives the love but gives it back. For instance, Simone lends her time and skills to help encourage and motivate the youth. Biles said recently in her cover story for Health Magazine “Representation matters, and we want to inspire the next generation to pursue their passion.” Simone continued, “Kids can come in and we will be training in the back, and they can see we are just like them. It helps them understand they can do it too.”

Former first lady and senator of the United States Hillary Clinton tweeted out in support  “As @Simone_Biles said at the 2016 Olympics:

“I’m not the next Usain Bolt or Michael Phelps. I’m the first Simone Biles.”

For now, Simone is prepping for the upcoming Olympics in Tokyo and we’re all rooting for her to bring home more gold. You can catch her Facebook Watch Series Simone vs. Herself premiering on July 15th.

Continue Reading
You may also like...
Related Topics:Featured, simone Biles