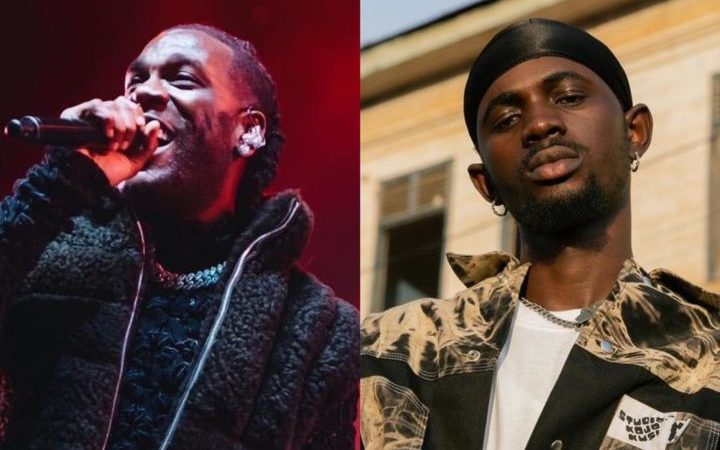 It’s a little complex to determine what a successful music video looks like in 2022. Is it something with a personal message that resonates deeply with a wider audience? Does it boast technical futurism or does it just provide an escape from the bleak nature of our world and transport us elsewhere? African music videos in 2022 have served as the perfect accompaniment to the music that has sprung forth from all parts of the continent. And the truth is that the best videos all have hints of each of these elements.

Whether it’s Black Sherif channelling the guttural honesty of his music into video format, the rising drill scene in Egypt archiving the reality of life around them via engrossing shots, or Asake teaming up with TG Omori to stunningly bring his deft amapiano-afropop fusions to life, the best African music videos of the year have fostered cogent conversations, transfixed and captivated us in equal fashion, and curated artistic mythology appropriately. With that said, these are our picks for the best 15 African music videos of the year.

Blaqbonez “Back In Uni”

The video for Blaqbonez’ Young Preacher lead single, “Back In Uni,” elevates imitation to art. Already regarded as an ingenious marketing mind in Nigerian music, the singer looped references to multiple pop culture moments into his self-directed video. There’s a spoof of Wizkid’s “Bad To Me” cover art, Oxlade’s much-memeified “KU LO SA” COLORS performance, Portable’s constant social media tirades, and a parody of the much-publicized beef between BNXN (fka Buju)and Ruger. Across the three-minute runtime of this video, Blaqbonez races back and forth between narratives, fitting into hero and villain roles with ease but the true genius of this video is how unafraid he is to project his own interpretation on some of these highly-publicized moments. You won’t watch a more funny, and resonant, music video this year.

Asake “Peace Be Unto You (PBUY)”

By the time “Peace Be Unto You” arrived in June, Asake was already a bonafide star. If anything, the visuals for the Magicsticks-produced song confirmed the YBNL signee as a visual behemoth to go with his unmissable vocal presence. In the video for “PBUY,” Asake’s creative synergy with TG Omori reaches its apex: from opening up with a shot of the singer casually moving across Lagos on a world-weary motorcycle to the gorgeous library scenes and the breathtaking choreography of his team of Islamic clerics, every scene was carefully plotted to render a narrative of Asake as the inescapable pop presence that he is.

From the small sample size of Black Sherif’s first year as a star, many might describe the Konongo-born singer’s visual style as a gritty, hyper-realistic depiction of street culture. The David Nicol-Sey-directed video for his 2022 hit, “Kwaku The Traveller,” steps away from that visual style to dramatize the tensions of the rising star. Each frame aspires towards artistic elegance as Blacko masterfully engages with the theme of redemption. “Kwaku The Traveller” is the rare big-budget video that meets an artist at the right time of their life, showing them in a new light while building on the narratives that first launched them to superstardom.

21-year-old rapper, FL EX, is the latest star name to emerge from Maadi Town Mafia, the Egyptian record label that’s home to other stars like Husayn and Nobyy. Making a mix of trap and drill music, FL EX’s music channels his frustration at the system and his desire to raise himself above his circumstance with delicately-crafted bars spliced by melodic pre-hooks. The video for “Logan,” his most successful song, is a black-and-white masterpiece. We follow the rapper and his carefree posse as they bike through Cairo and hang out on a street corner. It’s all standard fare till the discovery of a corpse on a sidewalk late in the Khalid Ibrahim-directed video crashes the intensity of FL EX’s message into view.

The video for “SETE” is a collision of stately leanings and youthful impulses as South African veteran K.O connects with younger colleagues and mavericks, Young Stunna and Blxckie. Alternating between frames of the artists in a ballroom, library, and art exhibitions, as well as shots of the video’s muses casually strutting around, it’s a beautiful video that subtly pays homage to K.O’s longevity and his curatorial instincts while Young Stunna and Blxckie bring a youthful energy to the Ted Magerman-directed video. Watching all three artists dance around each other as the video winds down, the sense of luxury that this video tries to curate falls into place.

The video for Mudra D Viral’s runaway hit, “Balo Balo,” is a joyous affair that also doubles as a keen chronicling of street culture. Directed by DMario, the video sees Mudra bring the infectious vibe of his dancehall-influenced song to the people as they break into instinctive body-bending dance styles–individually and together—on a whim, even the children are given sufficient shine in the video as they stomp along with their slightly older co-stars. There is a sense of earthiness to this video that makes watching it feel like a treat every single time.

Kenya’s Boutross Munene remains one of the most prolific rappers operating in East Africa and 2022 has been a busy year for the ADF Music co-founder and his shrill sound. Barely six months after the release of his Kabla Mtindo tape in April, he returned with another sizzler titled “Woo.” Envisioned as a palate cleanser before Mawingu, “Woo” gives a quick status update on Boutross’ thoughts and motives. The Nezzoh Montana-directed video for “Woo” is a vibrant collection of those thoughts brought to life in a funny and no-frills fashion. It cuts to a scene of Boutross holding someone at gunpoint just before he’s enjoying a piece of cake at lunch and it’s all tastefully done to avoid looking cringe.

Leave it to Burna Boy to make his directorial debut with a music video for a song about heartbreak. Even weirder is the decision to make the video for said song a supersized flex about the thrills and perks of his superstar lifestyle. There’s a gigantic pool, watches of inestimable value, weed, liquor and, of course, his famous Grammy gong. However, look closer and there’s an unmissable feeling that Burna is using this diaristic medium to deal with the anguish of soured romance. For what it’s worth, in less than three minutes, Burna manages to give us an extended glimpse into his life.

Another successful year for the WCB Wasafi Record boss Diamond Platnumz had a highlight in the video for the Zuchu-assisted “Mtasubiri” off his First Of All EP. The highlight of this picturesque video is the undeniable chemistry between Platnumz and Zuchu as they profess their undying affection for one another against the backdrop of a wide range of gorgeous nature and studio shots. It’s hard to not feel a sense of chromatic joy for the pair when Platnumz pulls up in a vintage car to whisk away his love interest for a date. This is the sort of video to pull up when one needs a reminder of love’s redemptive powers.

Nothing quite stings like betrayal and romantic infidelity. Inspired by her manager’s past relationship, Azawi‘s video for “Bamututte” acutely brings the scorn, hurt, and frustration one can feel as one navigates their partner stepping out on them. From shots of her witnessing her man flirting with another woman to a sombre scene where her partner leaves in the middle of dinner to meet up with this new woman, “Bamututte” presents a realistic approximation of relationship dynamics. But don’t think Azawi was about to take all of that lying down. The closing seconds of the video throws a curveball that’s worthy of a music video as carefully thought-out and intimately captured as this.

Themes of sexual exploration are a near-constant in Rema’s music these days, and “Calm Down” is not an exception but scratch beneath the surface and the Benin City-born singer is merely retooling his teenage, wide-eyed capacity for dreamy romance. The video for “Calm Down,” directed by DK, focuses on the rising level of attraction between Rema and his girl in yellow as they meet at a party at a rundown shack, make a quick getaway on a Rema-driven motorcycle and end the night bonding over a game of snooker. There’s just something that pulls you into the heart of the whirlwind romance that Rema is dramatizing here and maybe that’s why this video has been streamed over 250 million times.

The message of Matt B and Eddy Kenzo’s Grammy-nominated collaboration, “Gimme Love,” is simple: they want romance, preferably intentional love that is dreamy and intense. The video for their song buys into the message of the song, both singers are dressed in traditional prints and surrounded by dancers garbed in native customs who move to the pulse of their songs. Aesthetically, it tries to evoke a distinct feeling of Africa with the rolling hills and choreographed dance routines but the best part of the video is how both singers dovetail with one another as they are complemented by their talented cast of backing dancers.

Kenyan drill group Buruklyn Boyz made a big splash this year following the release of their highly-anticipated album, East Mpaka London. One of the album’s most successful songs, “Pree,” examines the effect of their rise in life, with heightened attention from people seduced by their high profile. The simple video for the song cuts between Ajay and Mr. Right delivering their verses in the midst of a therapy session and a bacchanal-style gathering of beautiful women. They’re clearly reveling in the attention that their music brings and the video is a meticulous effort that stays on message.

The second video in a three-pronged release, “Se Yo” follows Fally Ipupa‘s “Science Fiction” and deals with the prospect of loss and the grief that follows. Taking inspiration from the Congolese icon’s mellow ballad, the video follows a man whose partner was involved in a ghastly accident as she goes from being bedridden to getting back on her feet and the couple expecting a child. From the theme to the fastidious attention paid to all details of the set and the coloring of the video, “Se Yo” is easily one of the most intentional releases of the year and continues Fally Ipupa’s streak of presenting videos that capture universal themes albeit with strong roots in his cultural purview.

Despite the song being originally released in 2021, the video for the cross-continental hit, “Adiwele,” only came out in 2022. Young Stunna is at the centre of our screen monopolizing attention as he goes from directing a painting job to orchestrating a vibe session for the girls and turning up with the boys in a dimly-lit warehouse. There are scenes filmed on the streets that see the singer gyrating with friends and even the notoriously camera-shy Kabza De Small makes an appearance. It’s a funny, feel-good video that doubles down on the same elements that made it a viral hit in the first place.

Continue Reading
You may also like...
Related Topics:Africa Music, Featured