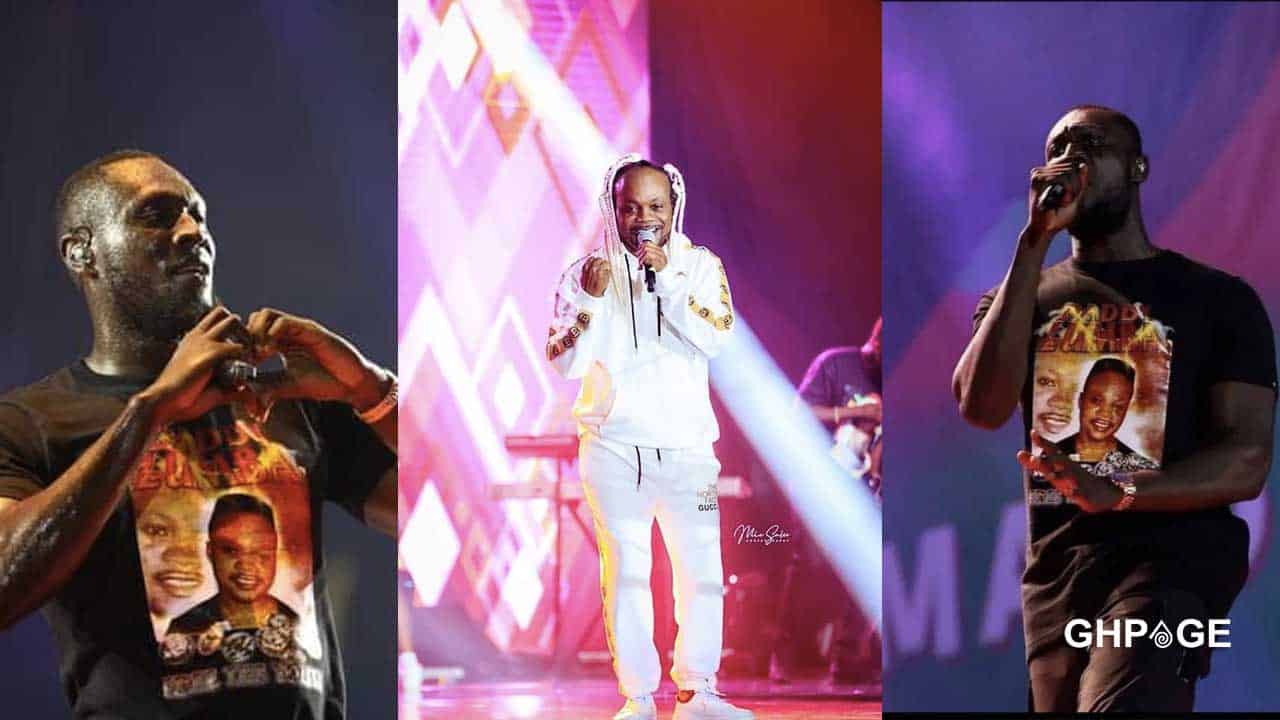 Legendary highlife musician Daddy Lumba says he is grateful to have had Ghanaian-British rapper Stormzy honour him at the 2020 Global Citizen Festival.

In a post on Facebook, he noted that it was heartwarming and humbling to see the gesture made by Stormzy in front of thousands of crowds at the Black Star Square.

This comes after one of the UK’s best rapper, Stormzy, graced the Global Citizen Festival stage in a Daddy Lumba shirt.

On the shirt, the faces of the ‘Aben Wo Aha’ hitmaker in his prime was boldly printed on the front.

Acknowledging Stormzy’s actions, Daddy Lumba wrote, “I am immensely touched by Stormzy’s homage to me last night at the Global Citizen Festival.”

“I would like to take this opportunity to share my gratitude and appreciation for the public display of love. To say that the gesture was heartwarming and humbling is an understatement.”

“Thank you very much,” he added.

Meanwhile, this is Stormzy’s first time performing in Ghana.

He was expected to perform in Ghana in 2020 during his ‘Heavy is the Head’ tour but the shows were cancelled after Covid-19 struck.

Stormzy while on stage repeatedly said “I’m home” – a statement that got the crowd screaming and shouting every time.