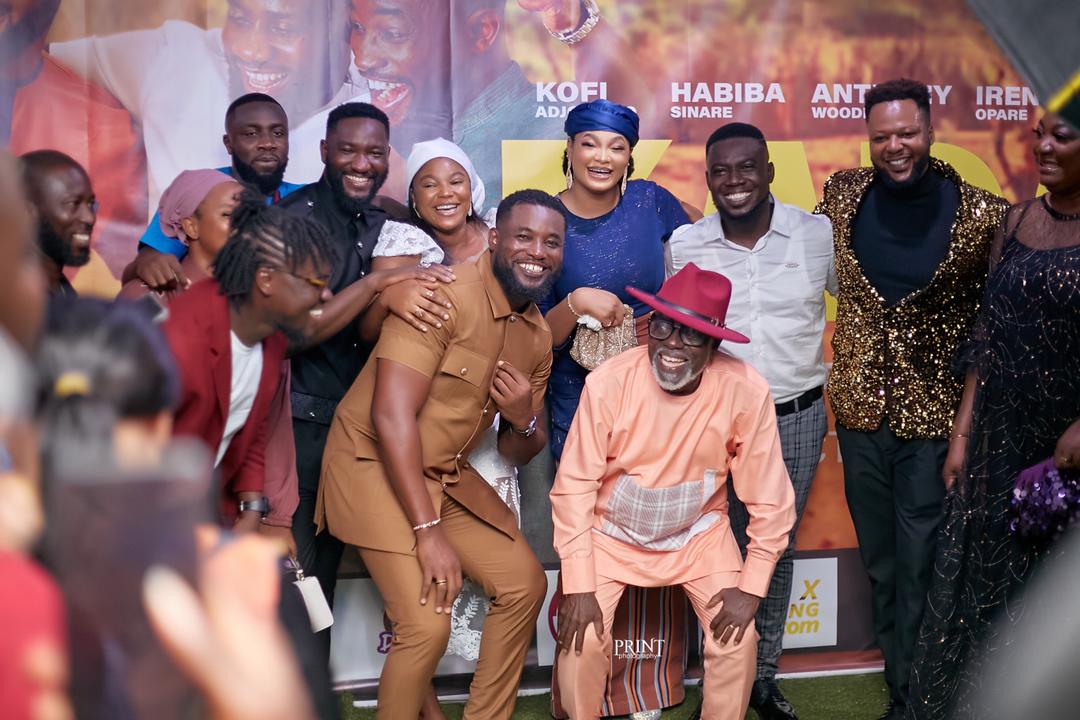 The premiere, which took place at the Silverbird Cinemas in both West Hills and the Accra Mall, recorded 12 shows, each filling up the cinema.

The Kadara movie, produced by Yassen Film, had to break the rules of the Silverbird cinemas by letting the audience use the emergency exit in the cinemas meant for official and emergency use only.

He added that, the audience kept on increasing till the last show, after which the security had to shut the cinema hall down at 3:20 am the following day! This was indeed a record-breaking movie of the year.

In an interview with Miss Sinare, she expressed her gratitude to her crew for their hard work and commitment. She also promised to give movie lovers great stories from Yaseen films.

She said, “The love from the Zongo community is always genuine and only God knows how much time and energy those human resources put into this great movie to have carried such weight.” I want to say a big thank you to everyone that has supported kadara, most especially my Zongo communities. I’m proud to be a Zongo girl and I promise to always make them proud. And to my production, you’re amazing. ”

Kadara showcases the exciting tourist and historical sites in the northern part, like the Larabanga mosque, Mole-national Park, the Larabanga Mystic stone, etc,

The use of Hausa language by some of the cast including Anthony woode, Irene opare, fred Amugi, Kofi Adjorlolo amongst others who were not Muslims or Hausa people but able to speak the language just to exhibit their craft and talent.