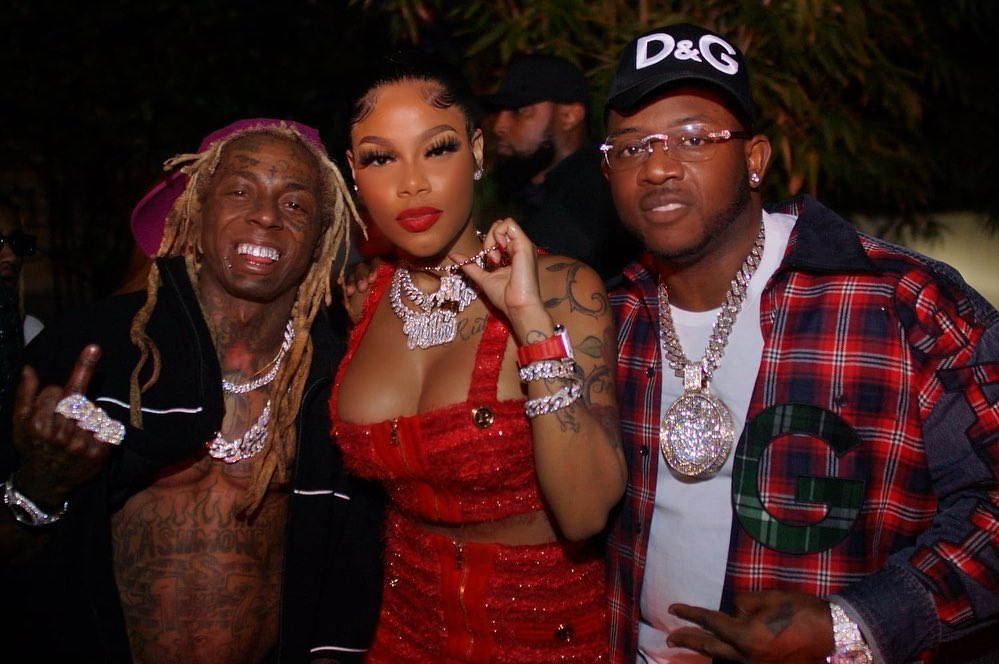 Lil Wayne is a special emcee, the likes of which is seldom seen in the rap game. While many OGs certainly are respected by hip-hop’s new generation, there are few who have proven as directly influential as Lil Wayne.

To this day, he remains an active collaborator with plenty of current-day stars, including Lil Baby, DaBaby, and Polo G; he even keeps active on the boom-bap circuit, having recently linked with Westside Gunn and Conway The Machine to flex his elite lyrical prowess.

Suffice it to say, there’s a reason he remains so widely respected by such a wide variety of rappers, and it’s no wonder that many are keen to join his Young Money empire.

Now, Mellow Rackz has officially been welcomed on the Young Money team, an occasion commemorated Sunday night with a lavish signing party at LIV Miami. Mellow Rackz shared a video on her Instagram page, in which she receives an iced-out Young Money chain from Weezy himself. Earlier, both Wayne and label president Mack Maine met their new signee at the airport, where they gifted her a duffel bag filled with $100k in cash.

“Dreams really do come true,” captions Rackz, alongside the video. “I really hustled this is no luck. @livmiami ON A SUNDAY. it’s @mackmaine4president & @zoeydollaz in the Dj booth 4 me. that’s the love u can’t buy. Mula Gang.”

She also shared a series of pictures from the event, which finds her posted up with Weezy and Mack Maine. “This sh** saved me !!” she writes. “I escape death made it through hell now I’m living heaven on earth ! ITZ RACKZ yung Mula baybee!! Thank you God.” It will certainly be interesting to see how Mellow Rackz proceeds from here — might we expect a new release to capitalize on the momentum?

Check out some of the pictures and footage from Mellow Rackz’ Young Money signing party below. Do you think she’s a good fit on Weezy’s team?