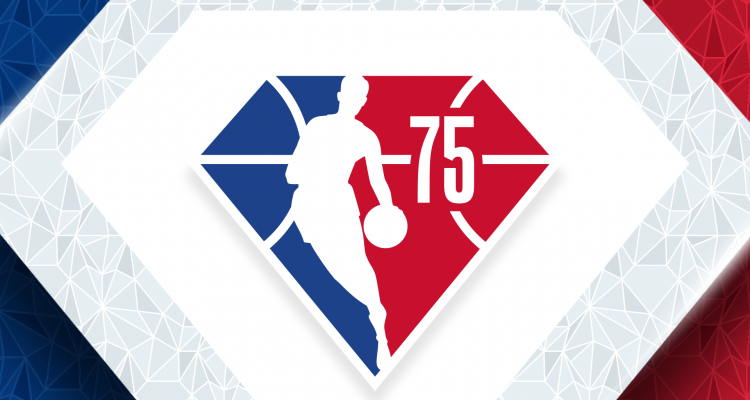 The NBA has announced during the landmark 75th Anniversary Season in 2021-22 will be commemorated as “NBA 75” and will unveil the 75 greatest players in league history. The new list of 75 players is voted on by a blue-ribbon panel of media, current and former players, coaches, general managers, and team executives. The new list will be unveiled in October.

NBA 75 will pay tribute to basketball fans across the world, current, and former players, and coaches. The league will continue to support the communities where the NBA family lives, works and plays and by improving lives through the game of basketball.

NBA 75 will also see the debut of Nike uniform designs to celebrate the 75th Anniversary Season, diamond on-court elements, Wilson as the new game ball partner, and integration around marquee events such as NBA All-Star 2022 in Cleveland and the NBA Draft presented by State Farm®. Cleveland last hosted NBA All-Star in 1997, when the league celebrated its 50th Anniversary Season.

“The 2021-22 season will be truly special as we celebrate 75 years of NBA basketball,” said NBA Commissioner Adam Silver. “We look forward to honouring the players and teams – both past and present – who have inspired generations of fans around the world.”