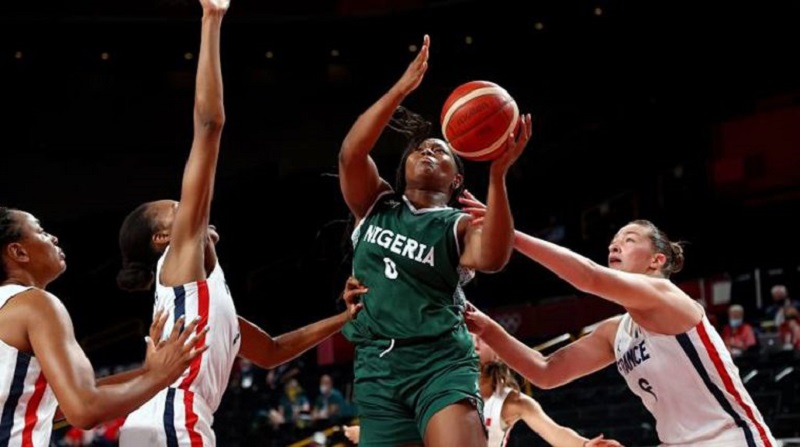 Nigeria women’s basketball team, D’Tigress, lost to France 87-62 in their second game of the ongoing Olympic Games in Tokyo on Friday, July 30, 2021.

D’Tigress were easily overrun by their French opposition in the opening quarter.

France dominated the D’Tigress in the first quarters. They were faster, more physical and shot well from the three-point line.

The D’Tigress were awful with their three-point shooting and had to rely on getting to the rim before scoring any point.

That proved difficult for them all through the game, although they managed to fight back in the fourth quarter with a 20-20 score.

It was too late at that time as the French’s early start gave them the edge.

This loss is D’Tigress’s second consecutive defeat at the Olympics but still has a chance of qualification.

They have to beat host Japan in their last group game and hope they can make the quarterfinals as one of the best losers.