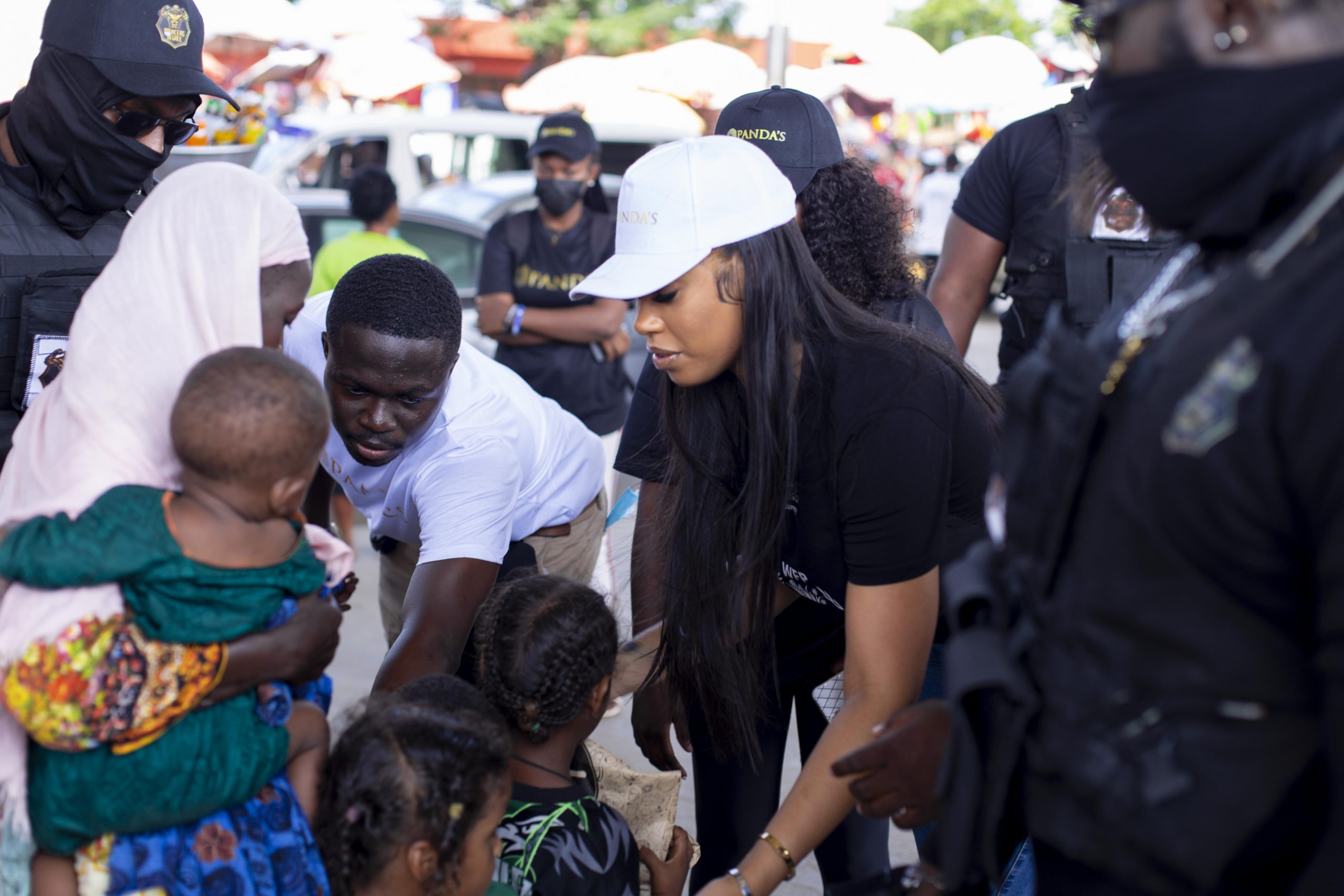 American beauty magnate and founder of Pandas Luxury Bar, Panda Supreme, has received much praise for her two-day humanitarian work for street families in Ghana, Accra. 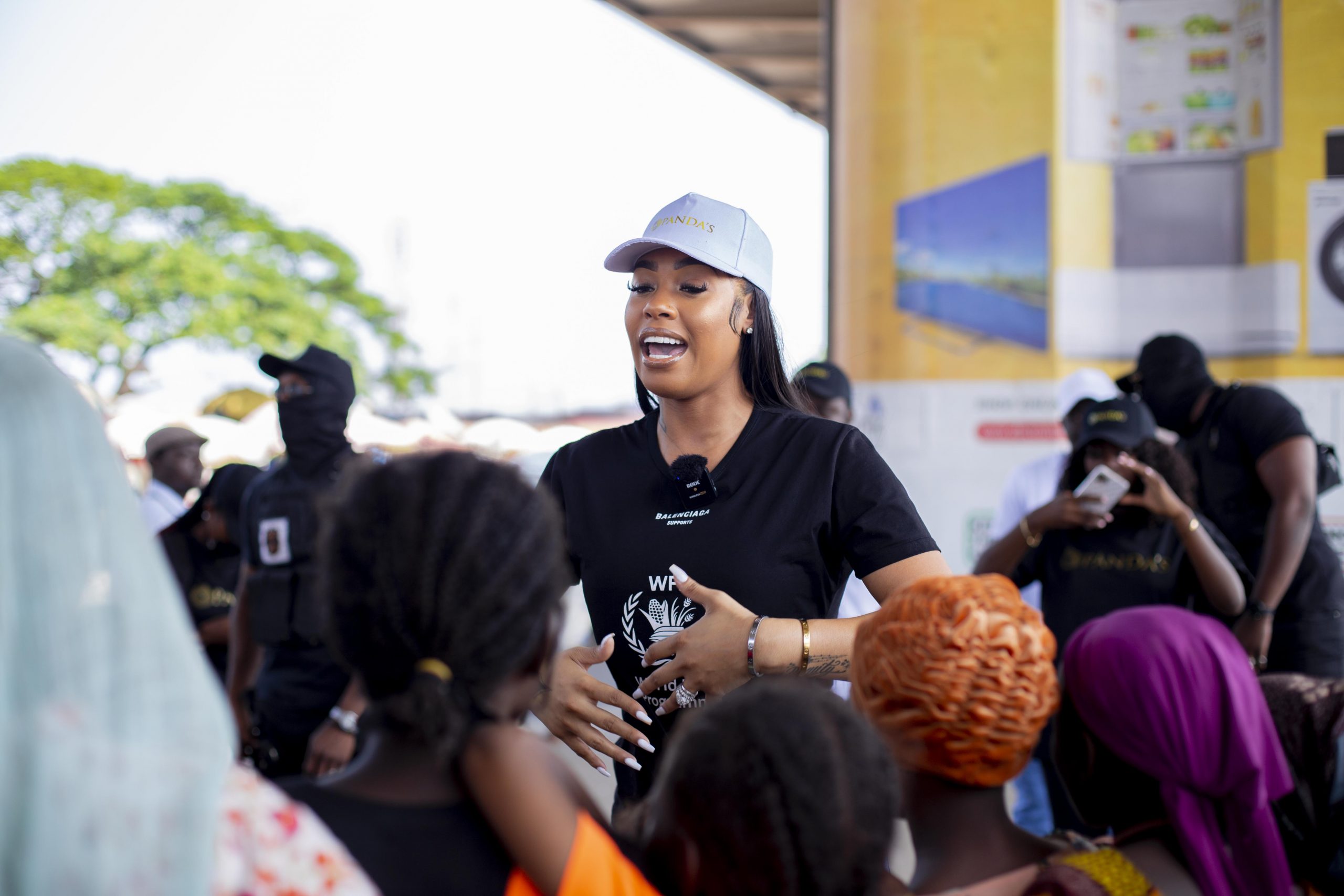 According to the United Nations Children’s Emergency Fund (UNICEF), nearly half of all deaths in children under five are attributable to undernutrition. This is because undernutrition puts children at greater risk of dying from common infections; it increases the frequency and severity of such infections and delays recovery. 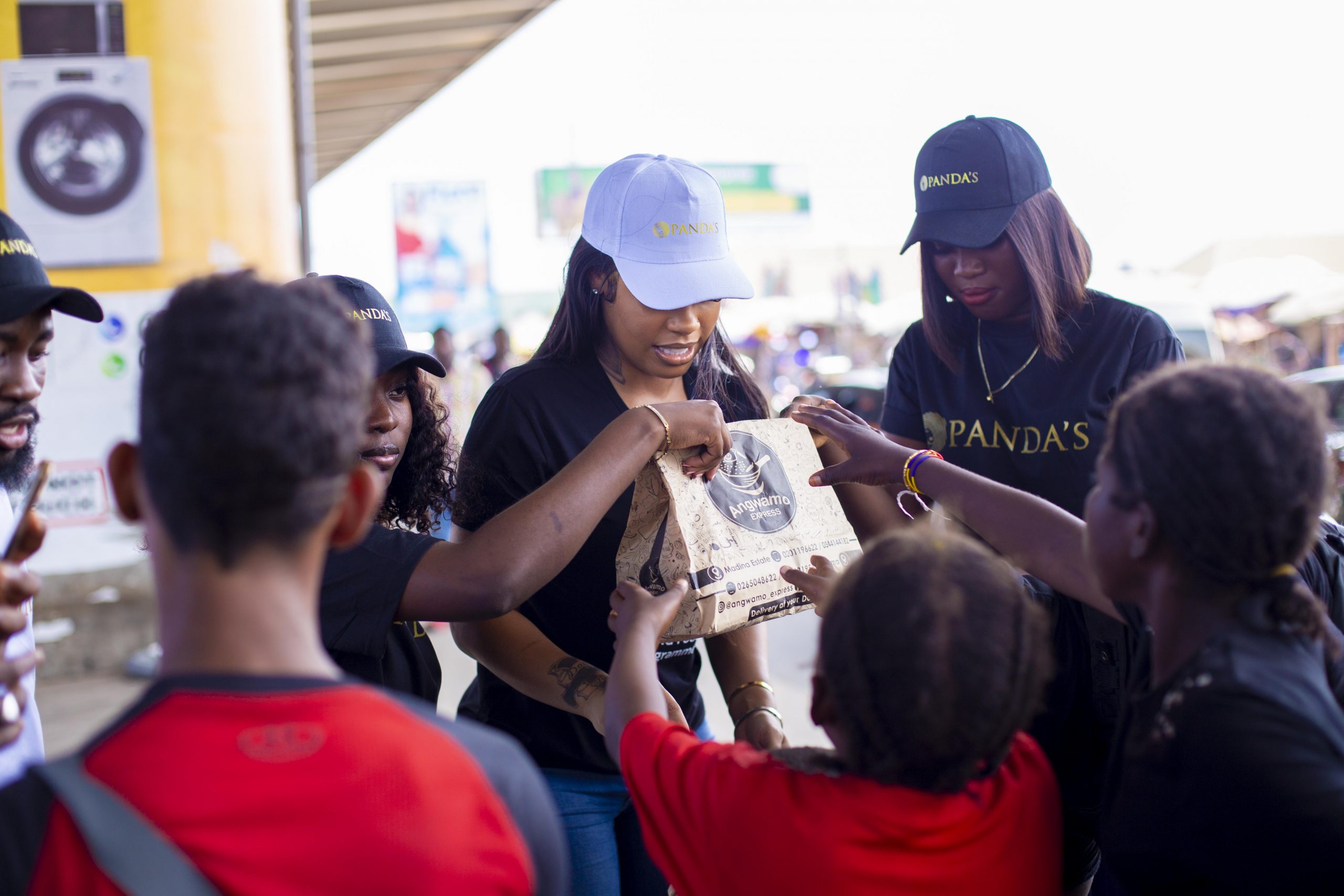 In its 2018 report, UNICEF indicated that approximately 3.1 million children die from undernutrition each year.

As part of its drive towards ensuring that less privileged children on the streets also get access to nutritious meals, Panda’s project, dubbed “Day out with Panda Supreme’ fed more than a thousand families on the street from Thursday, July 7 to Friday, July 8. The exercise began at 11:00 a.m. at Kwame Nkrumah Circle, Achimota and Aglobloshie area. 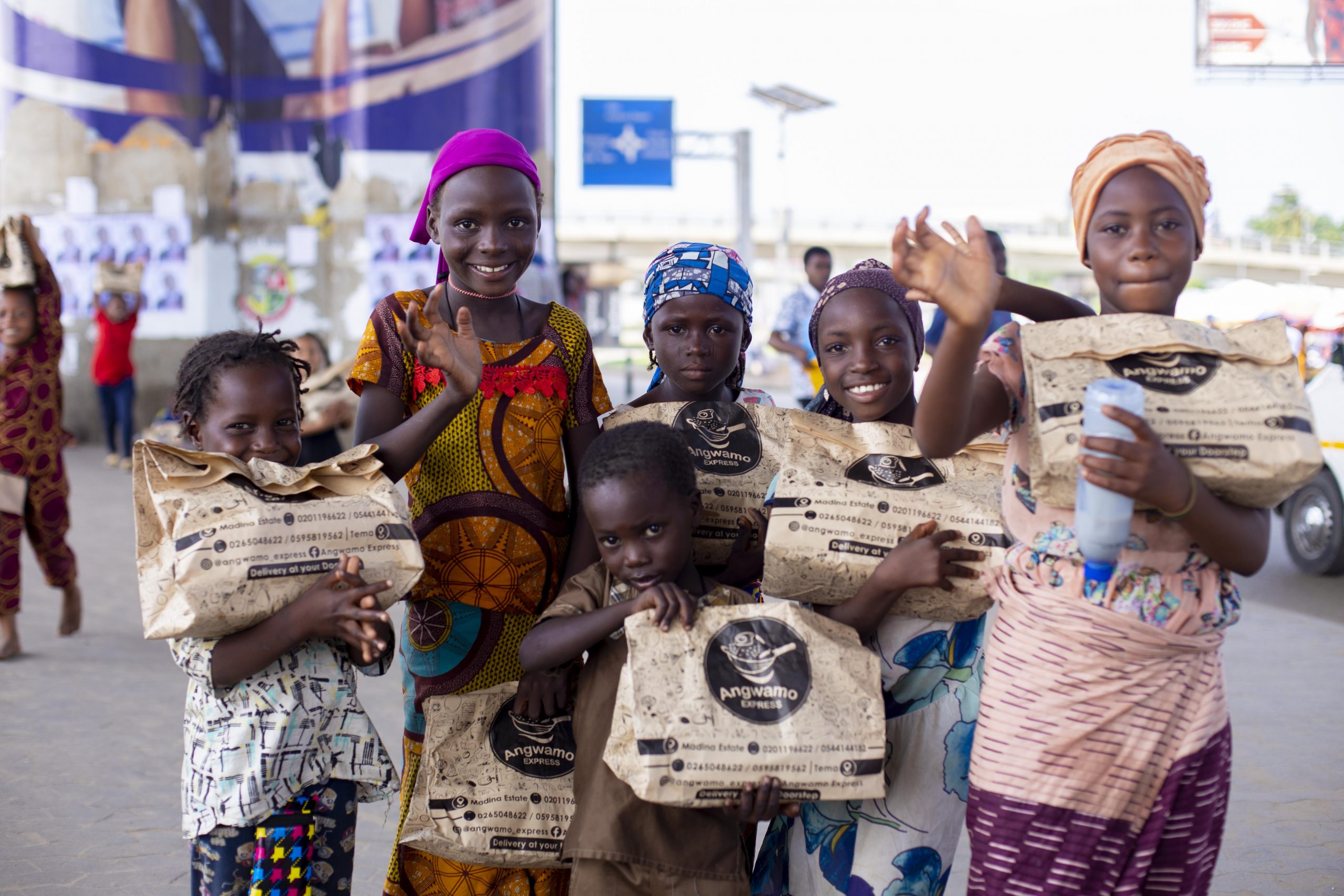 With pick-up vehicles loaded with packed food, members of the team dressed in their branded shirts reached out to every child on the streets.

From bus stop to bus stop, the “food vehicles” moved slowly whilst the team members dashed out food, water, and drinks for them. 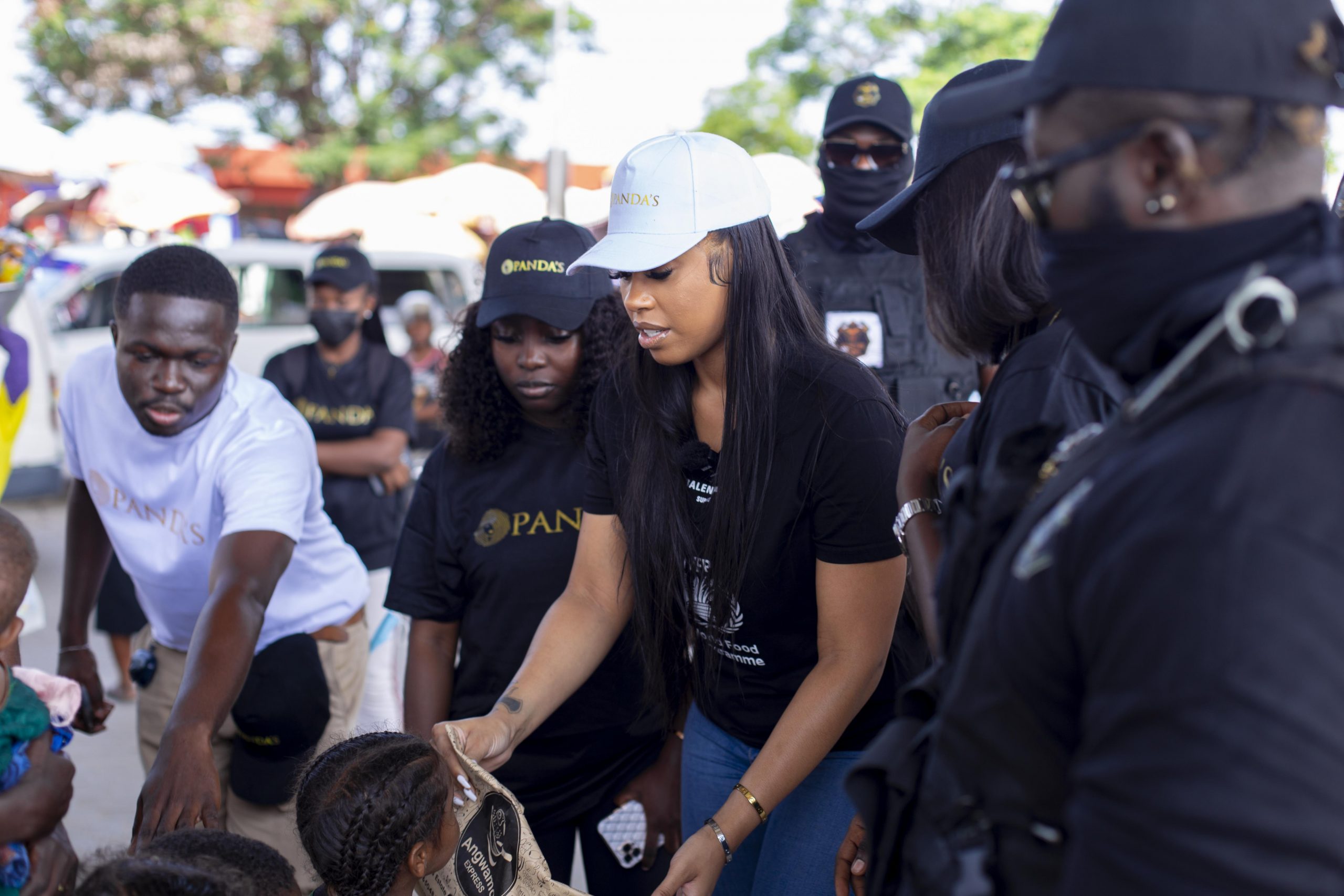 The exercise, she said, is part of her brand’s corporate social responsibility, which focuses on the well-being of everyone who comes into contact with Pandas Luxury Bar.

Speaking to her, she said the exercise addressed the issue of hunger among street families, to help and improve their healthy eating habits, as Pandas Luxury Bar’s mission is to provide health and wellness.

She noted that the issue of streetism is very pathetic and said, “The ugly truth of little children, pregnant women, and elderly natives who sleep on the streets, in front of shops, in front of homes, and sometimes even in disgusting places in the environment cannot go unnoticed.”

According to the programme lead, Panda Supreme, this exercise is going to take place annually and anytime the need arises.

Continue Reading
You may also like...
Related Topics:Featured, Panda Supreme