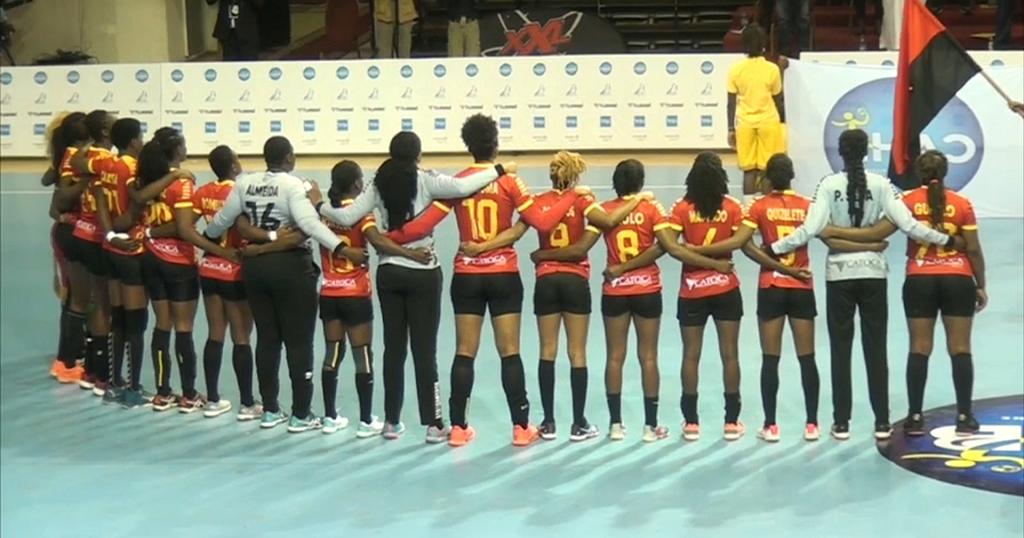 Angola won their third successive Handball Championship title with a 25-15 win over hosts Cameroon in Yaounde on Friday.

The defending champions had to sweat for their win and trailed 14-7 at halftime at the Multipurpose Sports Complex.

Bernardo Natalia Maria was phenomenal for the southern Africans while Cameroon’s Ekoh Karismah gave the champions’ defense a hard time.

The win gives Angola a boost ahead of next month’s Tokyo 2020 Olympics, where they will be the sole African representatives in the women’s tournament.

Hosts Japan, The Netherlands, Norway, Montenegro, and South Korea are Angola’s competition in the group stage.

Cameroonian players blamed a lack of focus for their defeat.

“We lacked lucidity I can say, we gave many balls to the opponent and that affected us,” said Maffo Kamga, a Cameroonian middle back.

Angola, Cameroon, Tunisia, and Senegal which finished fourth will be Africa’s representatives at the World Handball Championship due in Spain in December.

Continue Reading
You may also like...
Related Topics:Angola, Cameroon, Handball

Zimbabwe cleared to host Bangladesh cricket tour despite Covid
NBA star, Caldwell-Pope robbed at gunpoint of $150K worth of goods