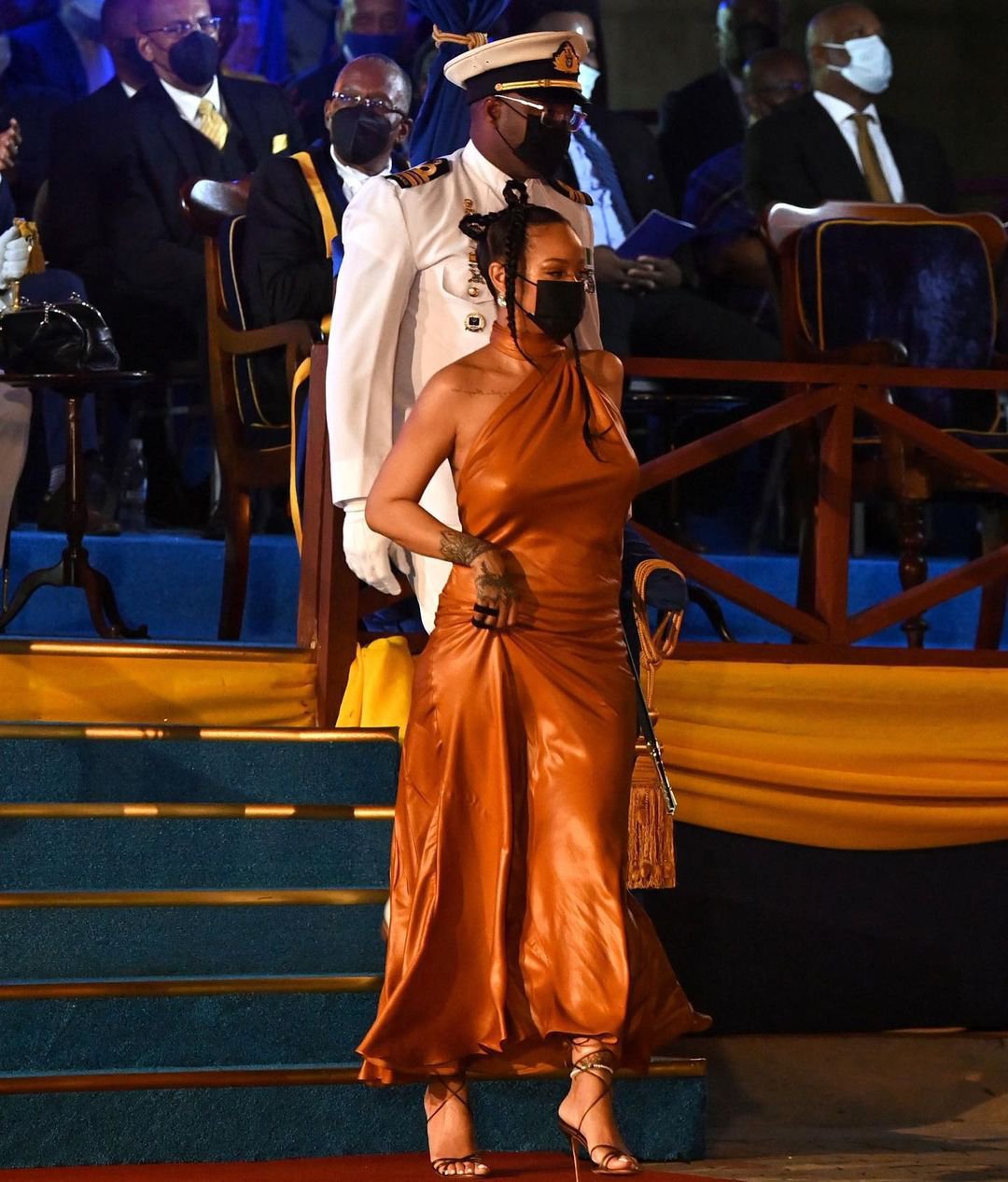 The announcement came during the ceremony of removing Queen Elizabeth as the island nation’s head of state.

The Caribbean nation declared its independence from the UK in 1966 but remained part of the British Empire, with Elizabeth the Second as Queen of Barbados.

That is until now.

Overnight, the country parted ways with the Queen and officially became the Republic of Barbados.

Prime Minister Mia Mottley announced the music superstar would be honoured as National Hero of Barbados.

The declaration lauded Rihanna’s “extraordinary commitment to the land of her birth.”

The Caribbean island is ringing with new freedom marking the final break from Barbados’ past as a British colony.