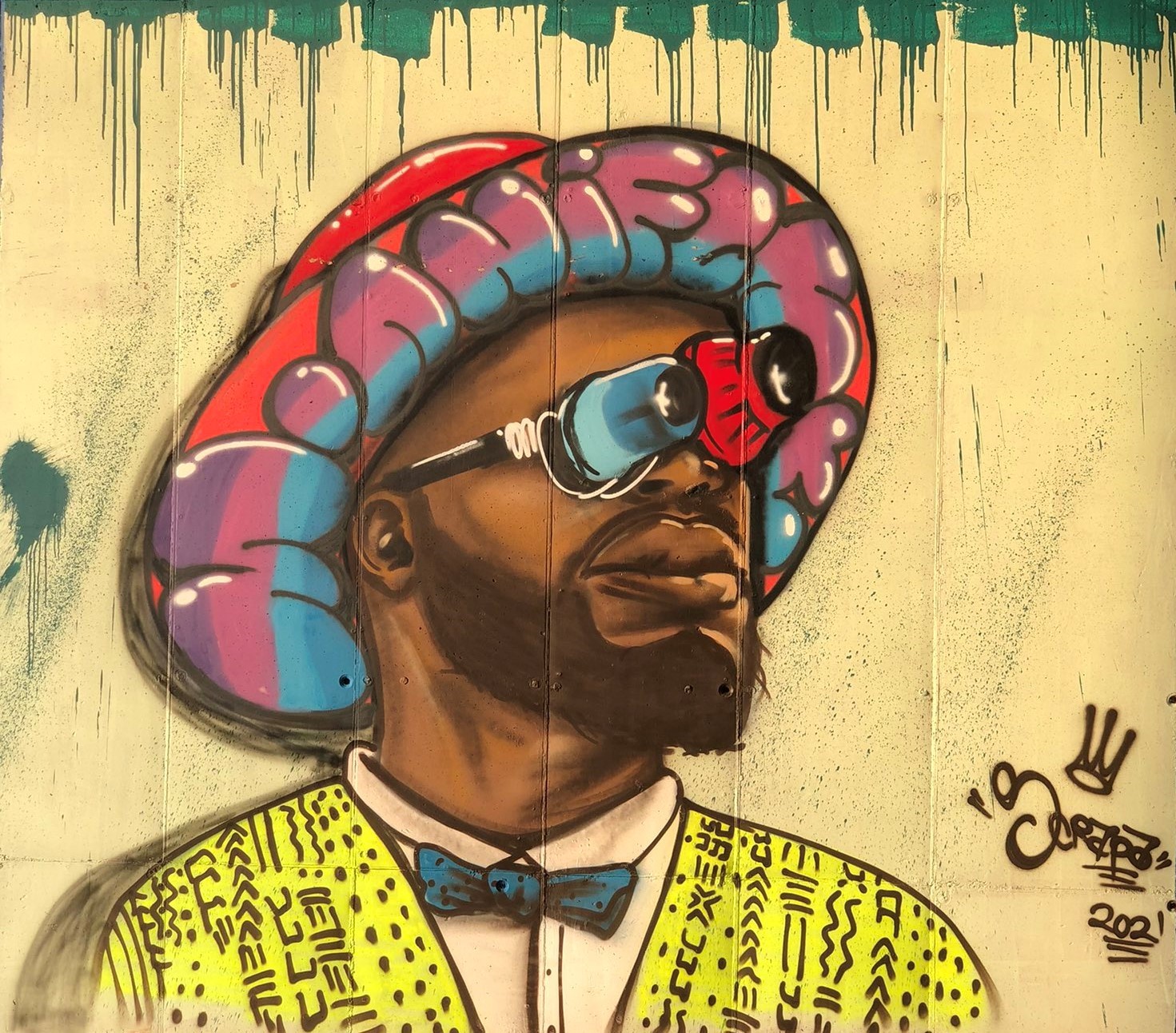 M.anifest’s Mural Unveiled Ahead Of His Upcoming Album

M.anifest’s fifth full-length album, Madina To The Universe, is set to be released on
Thursday, November 18, 2021. 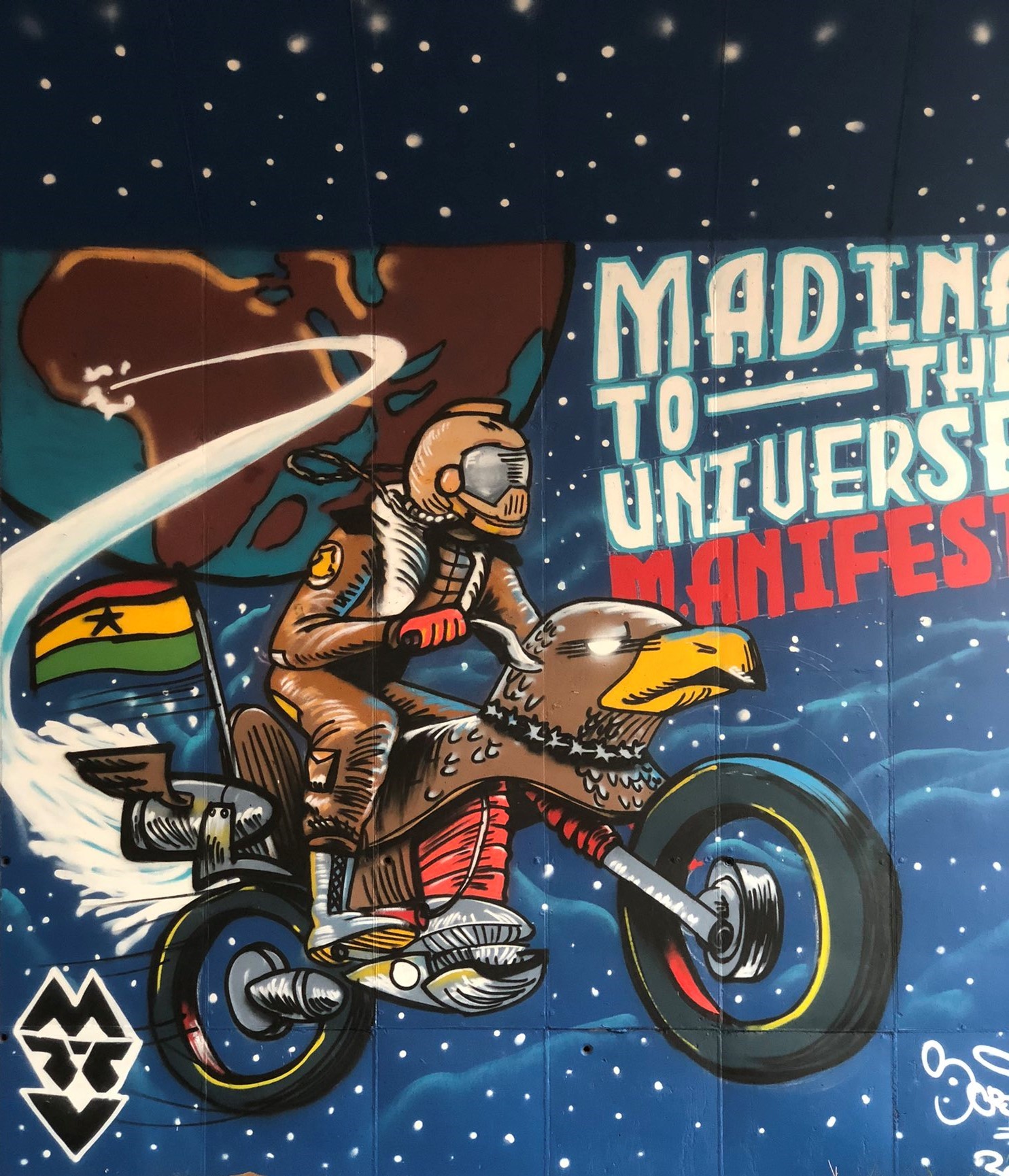 Ahead of the release of the much-anticipated album, the rapper’s iconic image, as well the
cover art of the album have been painted on walls at the Atomic roundabout, a stone throw
away from his beloved ‘hood’ – Madina.

Madina To The Universe is inspired by Madina – the community he grew up in. Describing
the impact Madina has had on him, M.anifest said: “Madina is my ‘village’ within my city.

A formative place for me as a child. Beyond memories, it is where my mom and grandma still  live, alongside colourful people and places that gave shaped the window through which I see the world.”

The beautiful murals were painted by Ghanaian graffiti artist, Scrapa. The graffiti artist
tweeted on the murals he made and said: “The presence of the god has been made.”

This is HARD!
For this Ghana here nobody does innovative shit like M dot
Always the pace setter in his lane#MTTU https://t.co/IA4DPGOlJJ

Continue Reading
You may also like...
Related Topics:Featured, manifest