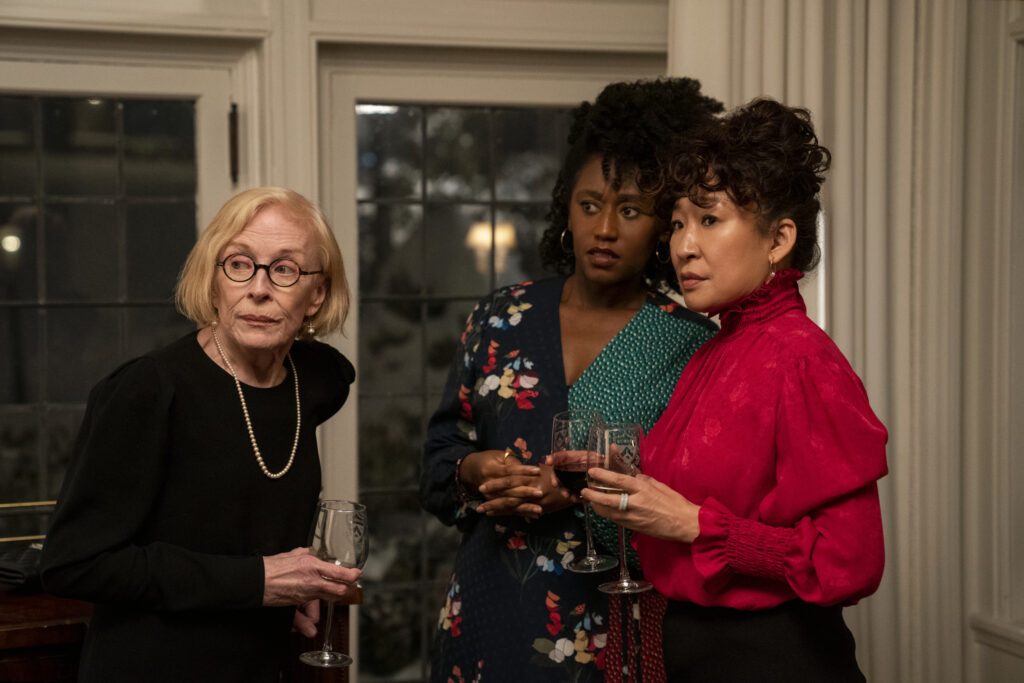 Nana Mensah stars in Netflix’s ‘The Chair’ alongside Sandra Oh

Nana Mensah, a Connecticut native and University of Pennsylvania alum whose Ghana-born parents were adamant that she pursue law is now living her dream as an actress, and filmmaker.

Her perseverance has earned her roles in works such as the popular YouTube series An African City; a starring role in the 2016 Obie Award-winning play I’ll Never Love Again; a turn in Judd Apatow’s The King of Staten Island.

Currently based in London,  Mensah appears alongside Sandra Oh in the new Netflix dramedy, The Chair, created by Amanda Peet. She filmed that after writing, directing and starring in the film Queen of Glory.

The story of a Ghanaian American woman laden with familial responsibilities after the death of her mother debuted at Tribeca in June.

‘The Chair’ tells the story of how the first woman of colour to become the chair of a university tries to meet the dizzying demands and high expectations of a failing English department. The show, from introduction to rise to complication to catastrophe, is pure Freytag,

Golden Globe-winning actress Sandra Oh plays the lead role of  Ji-Yoon Kim, who has finally reached a lofty career peak as the chair of the Pembroke English department.

“I thought of her as this titan goddess of TV, which she is, but she also has real roots in the theater. I feel like the vow of poverty and the work ethic that people take when they want to work in theater is really conducive to creating a good atmosphere on a set, and Sandra was so generous.

We did a Zoom to run some lines, but the first time I met her in person we were shooting a scene from jump. We had to be people who knew each other for a really long time when we didn’t have a chance to get into that at all. But again, she was so generous, and we just locked in and did it,” Nana Mensah told Leah Faye Cooper of The Hollywood Reporter about working with Sandra Oh.