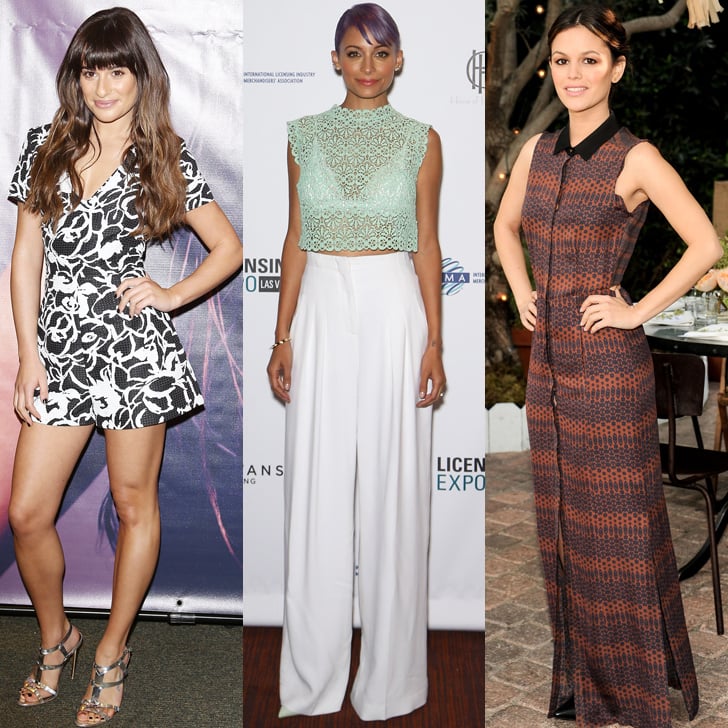 There have been quite a few TikTokers that have proposed this fashion idea. Hali Brown-Onigbanjo of Nextwearer has made dissecting 2010s fashion a focus of her page, and she believes its return is imminent. “As someone who is young enough to be a regular TikTok user, but old enough to have been a teenage Tumblr user in the 2010s, it’s crazy to see how quickly things are making a comeback,” she tells Vogue.

“The next generation of teens are already starting to wear creepers, and are romanticizing soft and pastel grunge on TikTok.” She also predicts that asymmetric skirts, striped shirts, and feathered hair extensions—a favourite of 2010s stars like Ke$ha—will come back, too. (Addison Rae has already worn some hair feathers, for what it’s worth.)

Brown-Onigbanjo adds that the 2010s had a more playful attitude towards dressing, and she understands why Gen Z is embracing it. “The 2010s were a really fun and democratizing era of fashion, with the rise of fashion bloggers and it-girl Tumblr users who helped to shape a range of ‘aesthetics,’” she says. “I can totally understand why people who were too young to experience it the first time round are trying to experience that energy now.”

Ari Arvand, a fashion TikToker who also believes in the return of 2010 style, echoes this sentiment. “Early 2010 fashion had a focus on DIY fashion, with items such as flower crowns and fringed shirts,” she says. “Even though we’re in an era of short trend cycles, people are again focusing more on DIY’ing and personal style.”

In one of her TikTok videos, Ari suggests that it’s not only Gen Z who are hopping on 2010 aesthetic either, but also current fashion labels. She referenced the new Givenchy collection, for instance, which heavily referenced peplum silhouettes (Beyoncé, Kim Kardashian—they all wore it in the decade). She also pointed out that brands like Valentino showed gladiator sandals, another 2010s favourite. Ari, however, is not in favour of some of these trends coming back into the fray. “I don’t need to see them again,” she says.

Other TikTok stars, however, are on board with the return of denim vests, fringed circle scarves, and hair bows. Take Mandy Lee, a trend forecaster who goes by @oldlooserinbrooklyn, who made a TikTok hypothesizing how 2010s pieces will be modernized, including disco pants and Jeffrey Campbell Lita-style platforms. “One of my favourite elements of studying the trend cycle is seeing resurgences of older trends in new and updated ways,” she says. “For example, for the iconic American Apparel disco pants: there’s these Tyler McGillivary cropped disco pants, and these flared colourful Rezek Studio ones.”

Michaila Cothran also did a school picture day-themed TikTok celebrating these types of 2010s looks. “It’s always so fun to see what twists the new age puts on old trends,” she says. “Sometimes it’s even better the second time around!” Whether you agree or not, you may want to start revisiting your closet.